Home > About the Band

The Kansas City music scene jumps and shivers to the incomparable sounds of Blue Orleans. Using a rich mixture of rhythms and beats they take the listener on a journey to all points south; New Orleans, Memphis, Muscle Shoals, The Caribbean, Brazil, Argentina and all the way back again. An evening with Blue Orleans is sure to be as entertaining as it is danceable. So join us for a night of fun, or call/text us at 816-456-6119 for more information.

Blue Orleans is a mixture of zydeco, Bourbon Street Rock ‘n’ Roll, Blues, Reggae, Ska and Caribbean, thrown in a pot of gumbo and mixed with the Mardi Gras spirit when they hit the stage.  Blue Orleans covers it all with seasoned pro experience and tight five-vocal harmonies.  Mixing New Orleans standards with a twist on some covers that will have the folks bumpin’ and grindin’ out on the dance floor. 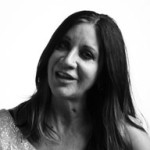 Bunny Rodina: Percussion, Tamburica, Electric Mando, vocals, sex-appeal, (Caribe, Contraband, Rodina).   An impassioned vocalist and student of World Champion Accordian player Don Lipovac, Bunny is a veteran of the K.C. music scene who knows how to get the good times started and the crowd dancing. And for those in the crowd who don’t like to dance, just sitting back and watching Bunny is still one of the best times you can have with your clothes on. 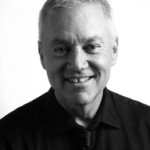 Michael Helton : KC sax and flute vet , started on the blues circuit centered around Minneapolis’ West Bank after high school, then joined Guyana-born guitarist/singer John Bayley on tour throughout Colorado and Arizona.  Back in KC, Mike performed and recorded with groups including Max Groove, then toured extensively with the region’s number one Caribbean band, Caribe where he met Paul, Mike and Bunny.

Paul Matthews: Drums, assorted percussion and vocals (Caribe, Bagdad Jones,Billy Ebeling & the Late For Dinner Band,  The Salty Iguanas,Random Aztech, Rubber, Fang-o-Love,The Love Squad, Redhammer, Ricky Dean Sinatra, The Big Rigs,, LogRhythm,….the list goes on).  The drummer that never stops, Paul is the most in-demand rhythm man in the Lawrence & Kansas City area and has produced & played on cds with some of the best. Versitile in all styles.  Paul is the man!

Mike Roberts: Electric and acoustic guitars and vocals (Blue Condition, Shake & Trick Bag) Out of Texas, Miker has traveled the south and the midwest playing acoustic / electric blues and slide guitar.  His vocals have the growl of Dr. John and his guitar playing shows years of performing.